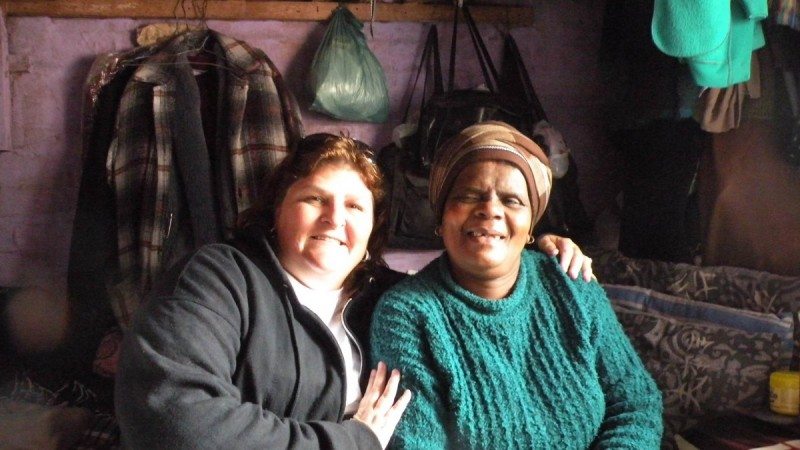 Here, the students and Nold give us a wrap-up of their experiences.

As our journey comes to a close, I must say that I’m sad to leave such a beautiful country that accepted all of us with open arms.

I’d have to say that the most influential moment during this trip was when Janis and I went on a township tour. The “townships” are communities that are made out of shipping crates and include: houses, pubs, and convenience stores. The people of these communities have no running water, rely mostly on local markets to generate income, and have communal bathrooms. Personally, this has shown me how much we, as Americans, take for granted.

I would like to report that the South African Conference was a fantastic success!

Our session received a full house and we engaged our delegates in an interactive discussion. Our closing gala was a beautiful event, too!  We shared in the celebrations of the South African chapters’ service recognitions.

I have made numerous connections with Golden Key members from all over the world!

As a student, I’d like to share that this study-abroad experience has further developed my interpersonal skills, which I will exercise in my chosen business profession. I learned that interpersonal connections are vital to business. These relationships will provide support in the future.

I’ve also matured by gaining valuable intercultural experience and perspective. Becoming aware of the conditions impacting students around the world has motivated me to challenge myself — and others — to really consider what is at stake with our college careers.

As Golden Key members, we share the passion to succeed, but we must find opportunities to also “lead, inspire, and grow” — the motto of the summit. I feel empowered to continue building on my leadership skills. I am coming back to Polk State College with supercharged energy, aiming to assist my chapter members in conducting community service projects and meeting academic challenges.

I have also had the opportunity to learn about the South African people and history, and communities of Cape Town. Visiting with the local residents as part of the township tour was a humbling, peaceful experience. In the midst of poverty and unemployment there is hope and resiliency. The small children are overjoyed to see visitors, and their smiles are so contagious that you can’t help but smile too and appreciate the transfer of positive energy.

The sites are beautiful here in Cape Town and the weather was beautiful, too.

The team conducted their workshop today at the South African Conference. We were also mentioned by name by Brad Rainey, executive director of Golden Key International, in his opening comments today.

Debbie, Janis, Josh, and Melissa donned the T-shirts that we had made especially for this event, and made final preparations. Excitement and anxiety rose as the room filled with around 100 delegates. I could not have been more proud of our Polk State team as they delivered a lecture and conducted a one-hour workshop titled Getting Smarter … Faster… than the Competition: Theory and Practice.

After making a presentation that lasted about 20 minutes, the team broke the audience up into three groups to explore the practical aspects of the conference’s theme — Lead, Inspire, Grow.

The room was packed and the attendees were totally engaged — we even had some difficulty clearing the room so the next session could start because delegates wanted to continue asking questions and learning from our team.

Our group has been interacting with fellow students, making friends, and networking while spreading the Polk State College name. Learning words in the hundreds of languages that the delegates speak has been a fantastic learning experience.

Josh and I visited the townships of Langa and Khayelitsha.

Langa is Cape Town’s oldest township, established in 1923. Most of its residents belong to a single tribe called Xhosa. Khayelitsha is South Africa’s second largest township, with nearly half a million people.

In both villages, there is extreme poverty. Seeing firsthand the living conditions of the thousands of people in these two townships was very humbling, but also disturbing at the same time.

I feel that this cultural experience will forever change my life. It makes me appreciate even the simplest conveniences we use in our everyday lives. Every person we met was so friendly and welcoming, and shared their stories with us.