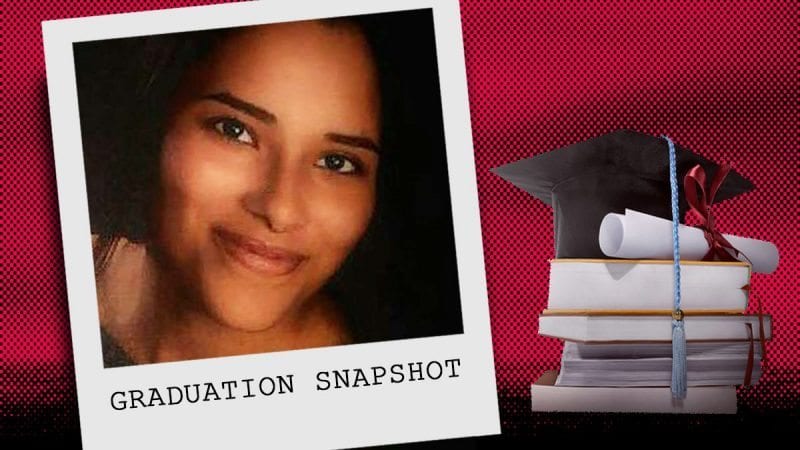 Marielys Cirilo’s parents moved from Puerto Rico to the U.S. as young adults with big dreams of going to college.

But they quickly married and had children, and higher education became financially out of reach.

“My parents weren’t able to go to college and pursue their dreams because of us,” Cirilo said. “Because of that, I have always been motivated to make my family proud and make the most of the opportunities they have given me.”

Cirilo, 17, will be the first in her family to graduate from college. She will receive an Associate of Arts (AA) degree on May 3 with Polk State College’s 118th graduating class, before she receives her high school diploma from Ridge Community High School on May 19.

She was dual enrolled and received early admission. She will pursue a bachelor’s degree in Elementary Education at Warner University, where she has a full scholarship to attend.

“My parents weren’t able to go to college and pursue their dreams because of us. Because of that, I have always been motivated to make my family proud and make the most of the opportunities they have given me.”

Her inspiration to become a teacher is twofold. Her mother, who works in a school cafeteria, always wanted to be a teacher.

“My mom is my biggest supporter,” Cirilo said. “Her dreams are my dreams, and my dreams are her dreams.”

Cirilo developed her own love for teaching by helping her brother with his school work over the years. As a young child, he contracted the flu, which triggered a handful of life-threatening medical issues that required surgery and more than 30 medications he was prescribed to take each day.

“He was held back in school so I helped him as much as I could,” she said. “By helping him, I developed a love for the concept of teaching. I enjoy watching people, especially little kids, get excited about learning.”

Cirilo explained how she has organized her time into three areas: school, work, and church.

She works doubles at Chick-fil-A to help her family pay the bills. She serves as youth president at her Kissimmee church. She spends late nights and weekends studying.

Still, she finds time to volunteer, helping out in Kathy Pruitt’s kindergarten class at Bethune Academy.

She credits her busy schedule with keeping her on track to achieving her degree.

The straight-A student aspires to one day work in a low-income school, such as Bethune Academy, where she can have an impact on children from backgrounds similar to hers.

“Ever since I was little I have wanted to one day open a school in another country where it’s needed,” Cirilo said. “A lot of places don’t have the education that we have here in America.”

She noted Puerto Rico, where most of her family still lives.

Cirilo and her family were displaced from their mobile home in Haines City for nearly three weeks due to severe water damage following the hurricane in September. Cirilo said she wasn’t sure if she would come back to Polk State because she needed to work to help her family financially.

“I pushed through because
I wanted to achieve my degree — not only for me, but also for my family.”

“But I didn’t give up,” she said. “I pushed through because I wanted to achieve my degree — not only for me, but also for my family.”

“The biggest thing students should know, no matter how cliché, is don’t give up,” Cirilo added. “We all experience challenges, but you have to find the good in bad situations. It may not be easy, but if you push yourself, it will pay off.”