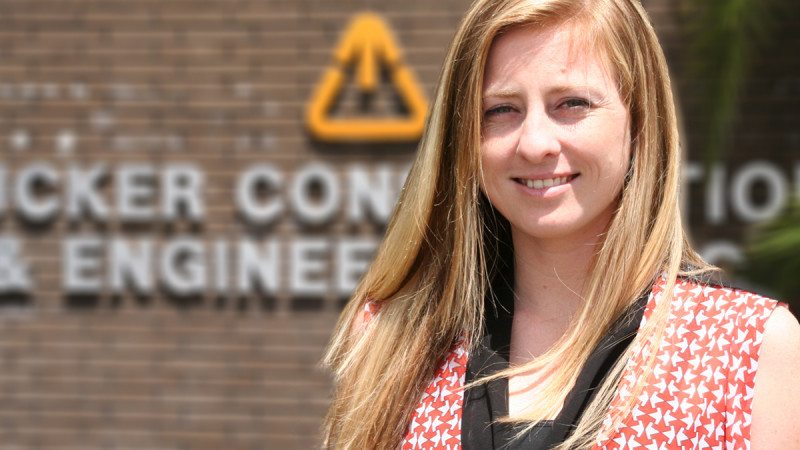 Even as she became a single mother, struggling each day to work, raise her daughter and attend classes at Polk State College, Graham repeated those two words to herself time and again.

Because one day, she knew, all the work, all the exhaustion, would be worth it.

That day was supposed to be May 7, when she’ll graduate with her Associate in Arts degree. Rather than be satisfied to stop there, however, Graham is sticking to her mantra, and heading straight into the College’s Bachelor of Applied Science in Supervision and Management degree program this summer.

Graham, 28, graduated from Haines City High School in 2003. With no clear idea what she wanted to do with her life, she entered the workforce, holding down various jobs. Then at just 21, she became a mom to her daughter, Mikayla.

When Mikayla, now 7, was just 10 months old, her father was in a car accident, leaving him paralyzed and Graham with a daunting new level of responsibility.

“I knew from that moment on, I would be the only one to provide and care for my daughter,” Graham said.

When Mikayla was 2, Graham was working for a local surveying company. Her supervisor there encouraged her to further her education. A college degree, he told her, would open doors and help her build a better life for herself and her daughter.

Graham heeded the advice and enrolled at Polk State.

She signed up for her first classes toward an Associate in Arts degree, fitting them in during the evenings, leaving herself only enough time between work and school to have dinner with her daughter.

It was an exhausting schedule — most semesters, her days were 15 hours long. At the rate that she was able to take courses, she also knew it would be a long, hard road to graduation.

Still, she kept going, finding multiple sources of inspiration along the way.

One was her recently realized career aspiration of becoming a commercial construction project manager. Graham works at Winter Haven-based Tucker Construction, and was just promoted from office manager to assistant project manager, putting her one step closer to her goal.

Another source of inspiration, of course, was the better life she knew she was indeed building for her daughter.

“I’m going to school to provide the things she needs and wants,” Graham said. “I want her to know, too, that she can do anything she wants if she’s willing to put her heart and soul into it and puts forth the effort.”

There was plenty of extrinsic inspiration for Graham, too, particularly in the encouragement she received from her Polk State professors — even long after she’d completed their courses. She said she has been especially thankful for support from Economics Professor Gordon Kettle and Media Technician Jamie Chastain, who is also an adjunct Humanities professor.

“I had them as instructors years ago, but they still remember my name and who I am. When I see them on campus, they’ll stop and talk to me and ask me how I am. To know that they really care about me, and they didn’t forget about me, and they care that I do well, that means so much,” she said.

“If I didn’t know I had people on my side, I wouldn’t have kept going.”

When he heard that Graham was graduating with her associate’s degree — but heading straight into her bachelor’s — Kettle said he hopes others will be inspired by her story.

“You have to admire someone who has challenges in life but doesn’t give up,” Kettle said. “Many students are working and they are frustrated because they want to take a full load, but they can’t. I always tell them that even if they can only take a class or two at a time, they’ll be surprised at how fast it goes by. She’s proof that persistence pays off.”

“I am delighted that she had the persistence to keep going,” he said.

As momentous as Graham’s impending graduation is, she’s not pouring any energy into celebrating. She won’t walk in the College’s commencement ceremony, and she won’t even have any time off before starting coursework toward her BAS.

“I feel very accomplished and proud of myself,” she said. “But I have to keep going. I’ve said it for years, and I’ll keep saying it, ‘don’t stop.’”

Polk State will mark its 108th commencement at 6:30 p.m. on May 7 at The Lakeland Center. More than 900 students will graduate from the College this semester, having completed bachelor’s or associate’s degrees or a variety of workforce certificates.