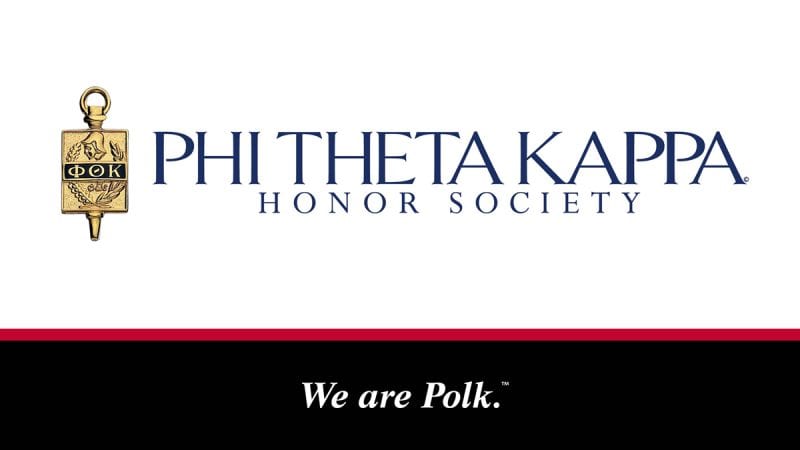 Polk State’s Xi Pi and Beta Upsilon Upsilon chapters maintained Five Star Chapter status, with Xi Pi ranking No. 1 out of 85 chapters in the Florida region for the third consecutive year, and No. 7 out of approximately 1,300 chapters internationally.

“I am truly proud of our students, alumni, and advisors. Their commitment, leadership, and service are invaluable to the College and our Phi Theta Kappa chapters,” said Polk State President Angela Garcia Falconetti, who received the Paragon Award for New Presidents and Florida Regional Distinguished Service Award at the Phi Theta Kappa International Catalyst Convention.

“We nominated Dr. Falconetti because she has been a steadfast supporter of Phi Theta Kappa and all of Polk State’s students since joining our College in July 2017,” Potteiger said. “In a short amount of time, she has become a familiar and approachable face on campus for students, and she continues to encourage us to soar to new heights.”

“I am thrilled to recognize these students who represent the very best in our colleges. Because of their determination to achieve academic excellence and their passion to serve others, these students are role models in their families and communities and examples for all of us,” Chancellor Kathy Hebda said in a press release. “I am proud to celebrate their accomplishments and the colleges that have helped ready them for great opportunities in career and life.”

Below is a full list of Polk State’s awards and recognitions from Phi Theta Kappa.