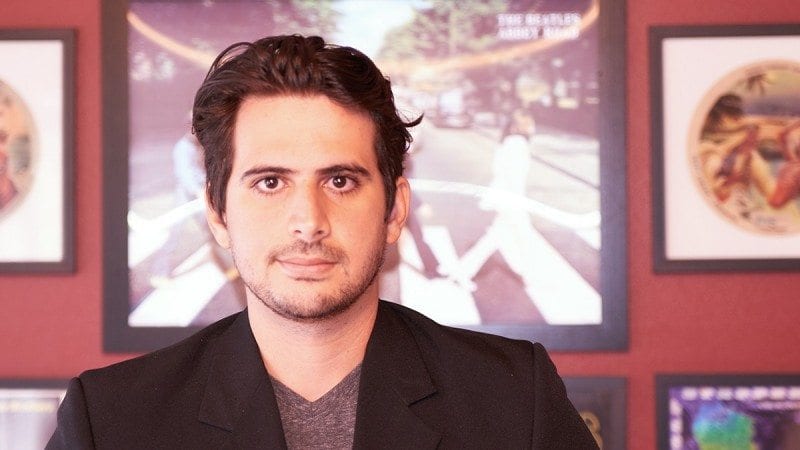 Fabian De La Fe is a native of Cuba, who spent the last two years living in Gainesville and who will soon reside in New York, but in many ways, Polk State College will always be home.

Four years ago, De La Fe was a computer science major at the University of Havana, who spent much of his time playing gigs with his band. He was hitting notes, but only on stage, not in life.

“I was procrastinating in school. I wouldn’t go to school while I was playing with the band. My third year was especially hard,” De La Fe said.

When his sister suggested he come live with her in Polk County, De La Fe jumped at the chance.

“I always had it in my mind that I wanted to go to the U.S., but not to Miami,” he said. “Miami is too much like Cuba, and I didn’t think I would be as driven to learn the language and make something of myself if I went there. Polk County was different and farther away, and I knew it would push me.”

When he arrived in Lakeland in November 2011, De La Fe’s first priority was to learn English. He spent hours listening to the Beatles and watching reruns of “How I Met Your Mother” and “Friends” to expand his vocabulary.

As his English skills improved, his resolve to return to college deepened. By mid-2012, he was a Polk State student.

Recounting his early days on campus, De La Fe still marvels at the help he received from members of Polk State’s administration and staff. Vice President for Academic Affairs Kenneth Ross became a friend and advocate. Director of Student Financial Services Marcia Conliffe took extra care in helping him navigate the financial aid and scholarship application processes. Director of Enrollment Services and Registrar Kathy Bucklew helped him build his schedule each semester. Many others, more than can be named here, guided and encouraged him.

“These people have been a blessing,” he said. “They saw something in me and they helped me.

“That they believed in me and helped me made me work harder. I wanted their approval. I wanted them to know that I was worth helping.”

None of his credits from the University of Havana transferred to Polk, De La Fe said, so to make up for lost time, he took 21 credits at a time, earning his Associate in Arts degree in three semesters, all while also working three part-time jobs.

After graduating from Polk State, De La Fe was accepted to several state universities, but ultimately he selected the University of Florida. He graduated with his bachelor’s degree in advertising communications with a minor in business management in May.

“There is so much to advertising and marketing, from media planning and buying to the creative side and client services. I don’t think I’ll ever get bored. This was much better for me than computer sciences,” he said.

Now, De La Fe is preparing for a three-month assistantship with a top advertising agency in New York, the first step in a career that, he hopes, will allow him to build bridges between his native and adopted countries.

From New York to Cuba, and wherever else his career takes him, De La Fe said he’ll never cease to be thankful for the time he spent at Polk State.

“Polk State was definitely the big twist in my life as far as changing who I used to be into what I am today,” he said. “None of this would have happened for me without Polk State.”