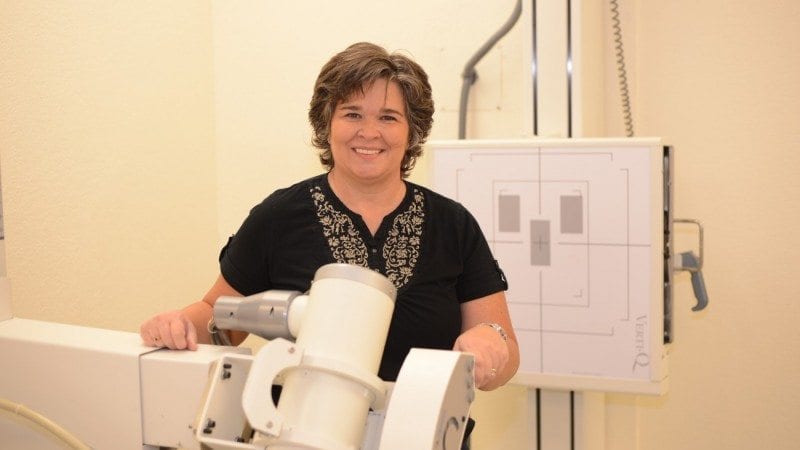 In 1985, she graduated from the program she now oversees. After graduation, she went on to work for 16 years at Winter Haven Hospital. During the last seven of those years, she also served as a clinical instructor for Polk State radiography students.

In 2000, she joined Polk State’s Radiography Program as clinical coordinator, a position in which she was responsible for students training at area hospitals and clinics. That same year, she received the first Polk County Radiologic Technologist of the Year Award, which at the time was sponsored by the Heart of Florida Association of Radiologic Professionals.

She served as interim director of Polk State’s Diagnostic Medical Sonography program from 2007 to 2011, when she was named director of the Radiography Program.

In addition to her Associate in Science degree in Radiography, she also holds a bachelor’s degree in Business and a master’s degree in Career and Technical Education, both from the University of South Florida. She is also a member of the West Coast Educator’s Council in Radiologic Technology.