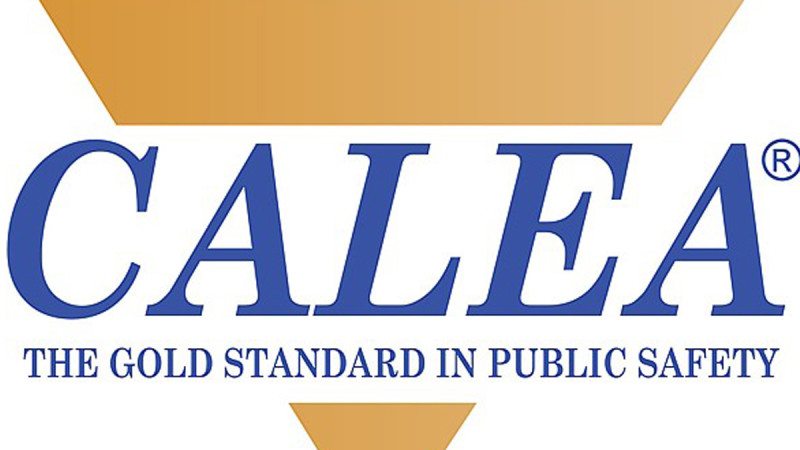 For five years now, Polk State’s Kenneth C. Thompson Institute of Public Safety has belonged to an elite group of law-enforcement training academies — those that have made meticulous improvements and passed rigorous inspections, all to receive a coveted, internationally recognized accreditation.

It’s a feat that only two dozen training academies in the country have accomplished.

“We are constantly striving for a culture of educational and operational excellence. CALEA provides the framework in the standards, but our desire is to exceed those standards and to be the best,” said Capt. Bill Mann, KCTIPS director.

Agencies seeking accreditation must meet the ultimate objectives of CALEA standards, but how they do so is up to them; for instance, CALEA requires that agencies have an organizational chart, but it doesn’t dictate how those charts are arranged.

The work associated with CALEA doesn’t end with accreditation — in fact that’s just the beginning. While agencies seeking initial accreditation must show what they plan to do to meet CALEA standards, those seeking reaccreditation must prove — in the form of diligent documentation — that they are in fact doing all they said they would to comply with CALEA. To maintain accreditation, agencies must undergo the assessment process every three years.

The point of CALEA — and the reason it is so sought-after — is that by meeting nationally recognized standards, agencies improve the quality of service they provide.

KCTIPS has maintained its accreditation since the initial award five years ago, an effort that falls largely to Joan Nathans, accreditation manager.

Nathans joined the College in 2007 after a 20-year career in medical compliance, including work as a health information manager and office manager.

In many ways — despite the almost foreign, acronym-laden language used in law enforcement — the job she is doing at Polk State is very much like her previous work. In her previous career she audited medical records, now she audits class files. Previously, she requested physicians to complete their paperwork, now she is requesting paperwork from departments across the College to prove KCTIPS is meeting CALEA standards.

“I’m using all my skills from the healthcare field. It’s all about doing what we say we’re doing,” she said.

By abiding by CALEA standards and maintaining accreditation, KCTIPS is certainly improving the quality of the recruits it trains, Scott said.

“Any chief would want to acquire recruits from a facility that’s been nationally accredited. Other training facilities that aren’t accredited haven’t bellied up to the bar to prove how good they are, so to speak,” Scott said.

“The CALEA standards are going to require specific types of testing mechanisms and hold the accredited training facility to a higher standard in terms of testing, cognitive performance, and actual engagement in scenario-based training. The recruits are going to be put to more of a test to measure their competencies, whereas at a facility that is not accredited, maybe their policies are not as stringent.”

Polk County Sheriff Grady Judd said recruits who train at KCTIPS do indeed stand out in numerous ways. The Sheriff’s Office is one of several law enforcement agencies that partner with KCTIPS; Mann is employed by the PCSO.

“Our recruits are simply among the best in the state — we are a model for others to emulate.  This is a direct result of the high accreditation standards adopted by our curricula and professional training staff.  In our daily lives, we would never consider going for medical care at a hospital that wasn’t accredited, nor would we want our children attending universities that were not accredited.  Accreditation means professionalism, it means high standards, it means success,” Judd said.

“Standardized training based on best practices means better training. Teaching at the highest professional level, along with maintaining the highest expectations, produces the highest level of qualified recruits.”

“We are very proud of the cadets who choose Polk State College’s Kenneth C. Thompson Institute of Public Safety as their educational choice.  We work very closely with the administration and staff to see that the academic programs have the highest standards and integrity, which will place our cadets at the top of their profession upon graduation,” said Womack, also one of the 11 law-enforcement professionals nationwide who are currently serving as CALEA commissioners.

KCTIPS is now preparing for its second CALEA reaccreditation, and this time it is aiming for CALEA’s Accreditation with Excellence, a designation bestowed upon organizations with an especially good track record in meeting CALEA’s standards.

In crafting his Accreditation with Excellence application, Mann has plenty of material, including:

Perhaps not to be included in the Accreditation with Excellence application, but certainly telling, are the experiences of KCTIPS recruits such as Philip Lyle.

Lyle, 44, spent 20 years in waste collection as a commercial driver and driver trainer. With two of his three sons grown, Lyle decided to finally pursue his interest in law enforcement.

He graduated from KCTIPS in May and is now undergoing training through PCSO. He should be a sworn officer in only a matter of weeks — and KCTIPS has prepared him well for the change.

“When you make a career change or a job change, you sometimes aren’t sure about the future and you’re worried because you’re leaving behind what you know,” Lyle said. “But with the instructors and the structure of KCTIPS, you feel like you’re totally prepared walking onto the job. You’ve been given everything you need to know.”