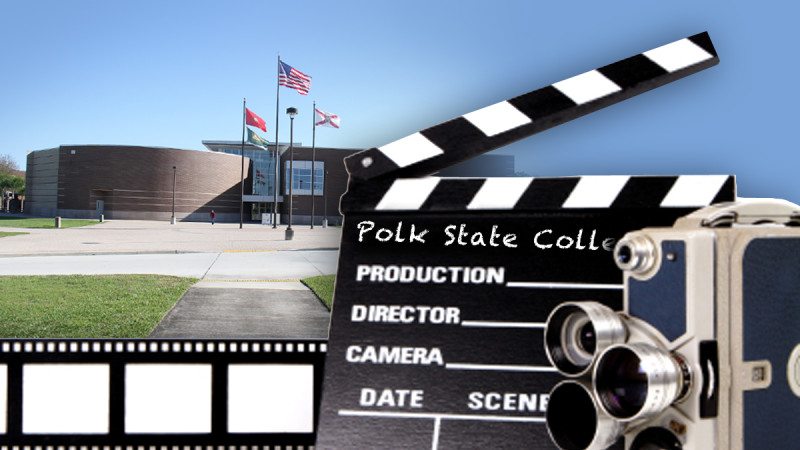 Students studying in Polk State College’s Digital Media Technology degree program will showcase their work — from photos to video clips to, as the grand finale, a short film — during an event that begins at 5:30 p.m. on Friday, May 3 in room LTB 1100.

The event — a totally student-driven effort — is free and open to the public.

During the evening, audiences will see projected images of a wide array of work students have done this semester in the Digital Media Technology program, all of which will lead up to the premier of Cantastic, a 12-minute film.

“Cantastic is a cute story. It’s about a man who is obsessed with winning the can sculpture contest at the county fair. If I was going to subtitle it, I’d describe it as a ‘Polk County Love Story,’” said producer and director Vernon Aguierre.

Cantastic is a project that has spanned two semesters. Now that it’s finished, Aguirre and his classmates were eager to share it with an audience. Friday’s event is their way of doing just that.

“We haven’t really had a venue for our work to be seen. It means a lot to us to be able to show it to the public and our peers,” he said. “We hope to inspire other students and artists. As an artist myself, I know that seeing other people’s work always inspires me.”

The students hope the event becomes an annual film festival for the College.

Friday’s event will put on public display the high-quality work students are producing in the College’s recently revamped Digital Media Technology program. To better align with the needs of local employers, the College last fall eliminated some courses from the program in favor of ones that emphasize a broad understanding of good design; created specialized tracks in Graphic Design, Video Production and Web Production; and began offering certificate options for non-degree-seeking students.

The program also now has use of state-of-the-art digital media studio, complete with photo studio, video studio, and audio room.

Aguierre, who will graduate later this summer and plans to continue his education at the University of Central Florida, said the changes to the program have made all the difference for students.

“Last year, we were literally taping pieces of background together to get the look we wanted. This year, we have a green-screen studio, high-end cameras,” Aguierre said.

“Polk State is becoming a world-class platform for filmmakers — and it’s affordable. Other schools are three times more expensive, but they’re not three times better.”