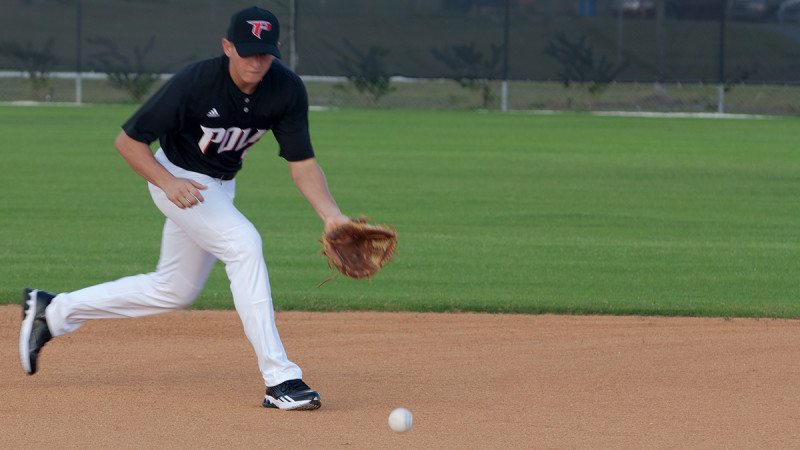 Camp participants will practice all the game’s fundamentals — hitting, fielding, throwing, bunting, base running and pitching. Campers will also practice their sliding using the always-popular Slip ‘n Slide, and will play two games per day.

During the course of the camp, awards will be given for hustle, attitude, and for various competitions.

Head Coach Al Corbeil is entering his fourth season at Polk State. Under his watch, the Eagles in 2012 earned a berth to the NJCAA World Series, the first in the program’s history. The Eagles also in 2012 earned their second consecutive Suncoast Conference Championship, and the title game of the FCSAA/NJCAA Division 1 Gulf District Baseball Tournament. In late 2012, he was named Coach of the Year by the National Diamond Club, an organization for the state’s professional baseball scouts.

Assistant Coach Collin Martin, also entering his fourth season at the College, helping the Eagles since then to break numerous school offensive records in runs, RBI, doubles, triples, at-bats, walks, stolen bases and hit-by-pitches. He previously coached at Florida Southern College, Winter Haven High School and for the Cotuit Kettleers of the prestigious Cape Cod League and the Florence Freedom of the Independent Frontier League.

The camp is open to boys and girls ages 13 and younger.