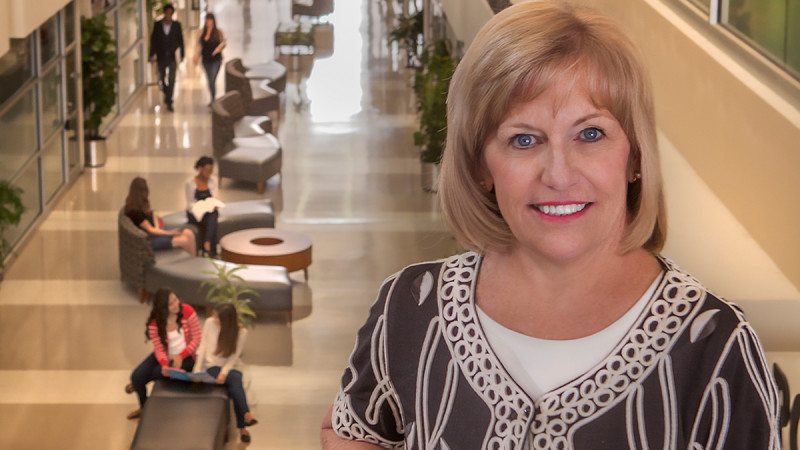 Polk State President Eileen Holden is on track to lead the Florida Association of Colleges and Universities in the year 2015-16, becoming the first from this institution to ever do so.

Holden is currently serving as vice president elect of the organization. Next year she will move into the vice president’s role, before taking on the top position.

Established in 1933, FACU is the only non-governmental organization in the state that represents the common interests of all three sectors of the state’s higher educational system — state universities, community colleges, and private, independent colleges and universities.

Among FACU’s goals are to promote inter-institutional cooperation and develop broad-based support for higher education.

FACU’s executive officers include one representative from each of its sectors.

Holden was nominated to be vice president elect — and begin the climb to the presidency — by members of the organization; her nomination was unanimously ratified at FACU’s annual meeting in June.

According to Michael Youngblood, staff assistant at FACU, Holden will become the first Polk State president to lead the organization.

In addition to serving as an executive board member, Holden is also a member of FACU’s Florida College System board and chairwoman of its Nominating Committee.