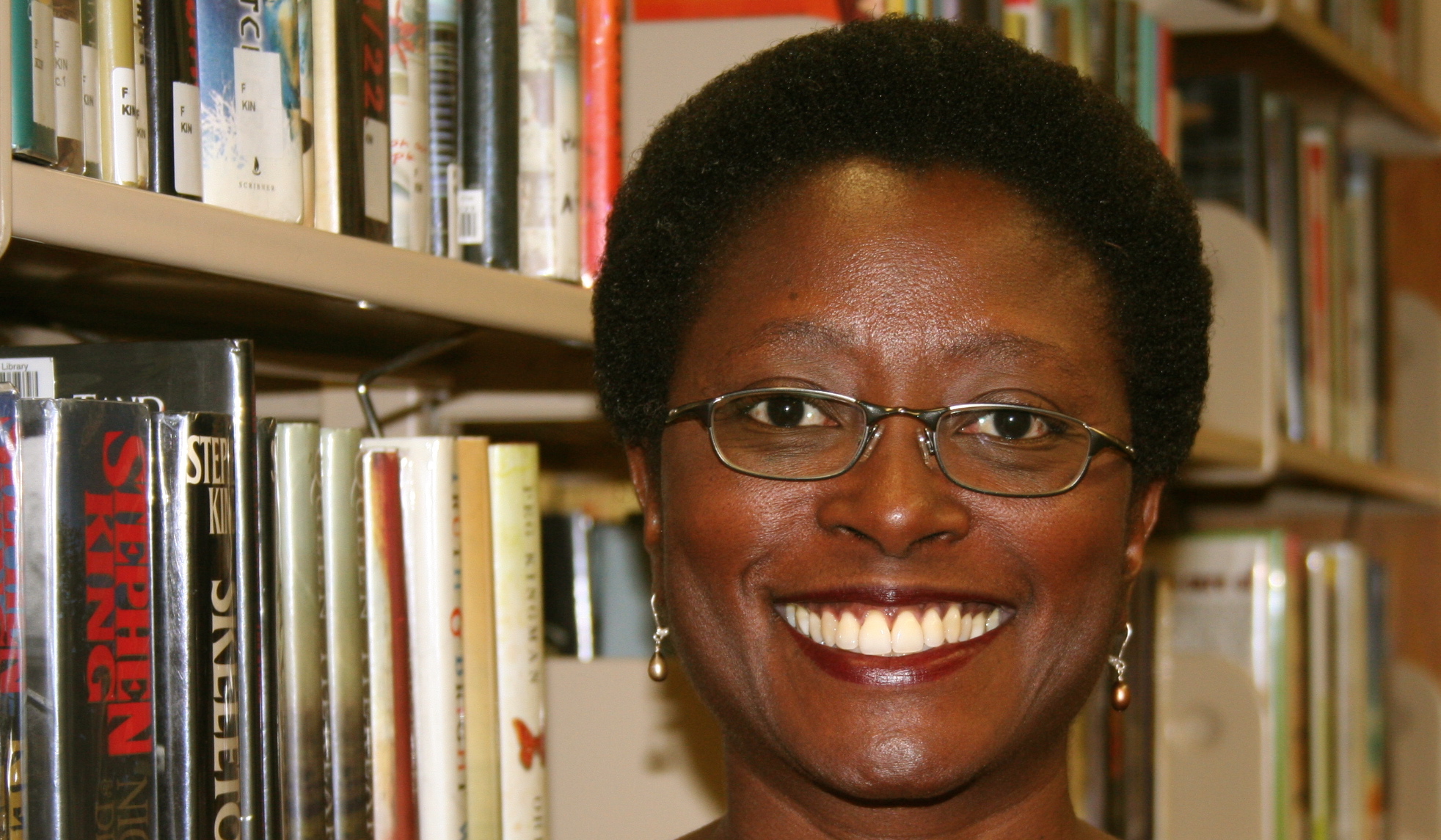 For years, Brenda Patterson rose with the sun, tied on her shoes, and set off by foot to what was then Polk Community College.

She walked for miles and miles across North Lakeland, watching as traffic zipped by alongside her.

Her trek was long, her journey to a college degree would be even longer, but still she put one foot in front of another, certain that it would all be worth it one day.

Nearly 30 years later, as the subject of the most recent installment of Pride of Polk, she can say confidently that, yes, it was.

“My job in a lot of ways is my dream job,” said Patterson, the fine arts and programming librarian for the Lakeland Public Library. “I get to help people in need and make a personal connection with them.”

A Lakeland native who graduated from Lakeland High School, Patterson grew up surrounded by books. Her mother, Barbara, gathered books from wherever she could, assembling a home library — and Brenda and her brother, Myron, were encouraged to use it regularly.

“Whenever my brother or I would ask a question, my mother would say, ‘Hmmm, that’s a good question, let’s go look it up,’” Patterson recalled. “She wouldn’t just tell us the answer, she made us find the answer for ourselves.”

When Patterson, her mom and brother could, they would also take the bus to the Lakeland Public Library on Lake Morton Drive, spending hours at a time reading amid the stacks of books.

Despite her early love of books and the library, Patterson decided in sixth grade that she would become a clinical psychologist, a field that appealed to her desire to help others.

It was with that career goal in mind that she began at Polk in 1983, taking some of the first classes the College offered in Lakeland.

At the time, she was also working as a library clerk at the Lakeland library, taking the earliest possible shifts so she could go to class later in the day. The downside to the arrangement was that she didn’t have a car and her schedule didn’t coincide with bus service.

Her only choice was to put in 14-hour days, walking from her North Lakeland home to her job, to college classes offered at various locations around town, and back home again. When she couldn’t avoid taking classes in Winter Haven, she bummed rides from friends and coworkers, assembling a patchwork of transportation semester by semester.

Because her paycheck helped support her mother and brother, she took classes as finances allowed — for a year straight, that meant she couldn’t attend at all. It took her five years to earn her associate degree.

“My mother impressed upon me that I would go to college,” she said. “It was difficult, but I had so many people encouraging me — people at the College, at the library, in the community.”

After Polk, she continued at the University of South Florida to pursue her bachelor’s degree in psychology, a process that took four years. She has since earned a master’s from USF in Library Science as well.

“But about halfway through my bachelor’s I realized I didn’t have the temperament for psychology. I would have had trouble keeping a distance between my patients and myself. I think I would have burned out easily,” Patterson said.

By that time in her education, she realized that her work in the library was truly her passion — not merely a way of financing education to enter another field.

“Libraries are not just about books. I get to help people and point them in the right direction. I feel like I get to still do a little bit of clinical psychology because I’m helping people in many different ways every day,” she said.

On any given day, Patterson helps library patrons complete forms to receive government assistance, start an Internet job search, track down hard-to-find research material, use e-readers, or any litany of other things.

“I like the idea of still helping people. There is nothing greater to me than to have someone come in and getting them the information they need. That is very satisfying to me,” she said.

As the fine arts and programming librarian, it is also her job to arrange special events for the library, everything from book discussions, to author visits, to musical performances to a recent demonstration on nail art.

“The programs bring a lot of culture and offerings that the general public may not have the opportunity to attend for free,” said Patterson’s supervisor, City Librarian Lisa Lilyquist.

“Brenda works with the public every day, so she gets a pulse for what they’re interested in and what kind of questions they have and where their interest are, and once she tunes into something, she pursues bringing it to the library.”

Polk State is, of course, a much different institution than it was when Patterson attended. Enrollment and degree offerings have grown. There is now a campus in Lakeland, not classes scattered at various locations. And a partnership with the Polk Transit Authority means every student or employee has access to free bus transit — an innovation designed to help students who may find themselves in the transportation quandary Patterson once experienced.

Through it all, Polk has always maintained a special standing with Patterson. Her years here weren’t easy, but they were important steps for getting to where she is now.

“I’ve always been grateful to Polk to putting college within reach for me,” she said.