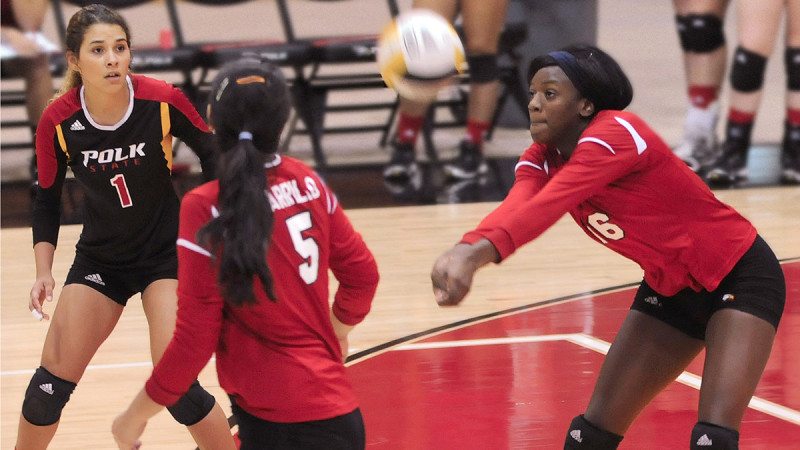 Polk State’s title-winning volleyball coaches will share their expertise with players ages 9-18 during the College’s 2013 Elite Volleyball Camp this summer.

The camp will emphasize game fundamentals, with drills to build both physical and mental skills.

The Eagles in 2012-13 finished fifth in the state and advanced three players to the NCAA. The prior season, the team won the Suncoast Conference Championship and finished third in the state.

The coaching staff includes Head Coach German Del Valle, now in his second year as head coach. He previously served as an assistant coach in 2011, when the squad reached the state tournament for the first time in its history. He is also director and coach of Orlando’s Top Select Volleyball Academy.

Williams coached under Del Valle at Champions Volleyball Club/Top Select programs in Orlando and for four seasons with the Lakeland Area Volleyball Academy/Southern Select. He was also head coach at Lake Gibson High School for the 2009-10 season.

The first day of each session will emphasize passing, serving and ball control. The second day will focus on hitting, defense, ball control, setting and game situations. The final day will be dedicated to blocking, skill review and a tournament.

The cost for the camp is $90. Only a limited number of players will be accepted to each section.