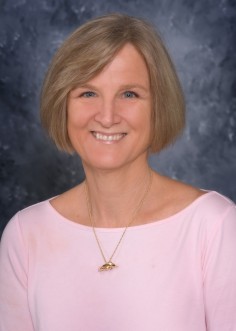 Cowan’s fellow faculty members elected her in late October, tapping her to lead the Senate, designated as the official liaison between faculty members and the College’s administration.

In her position as president, Cowan said she will aim first and foremost to increase awareness of the Senate among the College’s faculty members.

“Most important is that faculty members know that the Senate is here to help them,” she said. “I want people to feel more comfortable coming to their senators.”

Cowan brings to this most recent assignment a wealth of varied professional experiences, including stints as a high school teacher and a successful Tupperware saleswoman.

Cowan said she long knew she wanted to be a teacher, inspired by her mother’s years in the classroom. But in high school, her career aspirations became clearer when she first studied geometry.

“I adored geometry. For me it was fun. It was like solving puzzles,” she said.

She worked for four years as a junior high school mathematics teacher in Indiana.

Thirty-six years ago, she and her husband, Rex, came to Winter Haven to be closer to his parents. The move meant a career change for Cowan — from teacher to Tupperware saleswoman.

The new job allowed her husband to build his law practice during the day, while she cared for the couple’s two sons. During the evening, Cowan was able to sell Tupperware products at parties hosted in homes around the county.

Within three months, Cowan had worked her way up from mere saleswoman to manager. She was a national sales leader for the company, and she even earned a trip to Hawaii for her performance.

For all the success she knew as a Tupperware representative, Cowan said an added benefit of the job was that talking to strangers— and trying to sell them on a product —helped her to overcome the shyness she’d experienced all her life.

Seeking to once again work a day schedule and be with her family in the evenings, Cowan left Tupperware after four years to take a job as the education and conservation services coordinator at Central Florida Gas.  As part of her position, she had to make regular presentations before the state’s Public Services Commission, updating its members about conservation-based rebate programs.

“It was really neat because I was the only woman in the room,” she said.

After four years in that position, the company was taken over by Chesapeake Utilities, and Cowan realized her opportunities at the new company would be limited, so she resigned.

“I decided it was time to go back to teaching,” she said.

After four years — Cowan says she and her family often joke about her four-year job increments — she went to work at Lake Region High School, becoming its mathematics department chairwoman. She also worked as the school’s bowling coach.

“I stayed for five years and then I decided it was time to graduate, to do something more exciting,” she said.

That’s when she started her doctoral work at UCF, conducting NASA-funded research on laser propagation through the atmosphere — in layman’s terms, how things like water droplets change the shapes of lasers.

She earned her Ph.D. in 2006, and the next year she came to Polk State. She teaches a variety of upper-level courses, including calculus, College Algebra and pre-Calculus.

Cowan said it’s no secret that math isn’t everyone’s favorite subject, but she works to at least make her students understand why the subject matter is important.

“I try to make them see it as a puzzle. But not everyone is a puzzle person. So I have to try to find out how mathematics fits into their goals and make it relevant,” she said.

The Faculty Senate and members of the College’s administration confer on all matters related to educational policies and campus governance. Issues of particular importance to the Senate include curriculum, instruction, degree programs, registration, and personnel policies.

In addition to a president, the Faculty Senate is also led by a vice president from each campus, a secretary and a parliamentarian. Other officers for the coming year include: Lakeland Vice President Kaye Betz; Winter Haven Vice President Greg Harris; Secretary Kim Thomas; and Parliamentarian Eileen Murphy. Dr. Kenneth Ross, vice president of academic and student services, serves as administrative liaison.

Each educational department on each of the College’s campuses is represented by at least one faculty senator. Current senators and their areas of representation are listed here: https://www.polk.edu/facultyandstaff/facultysenate/Pages/FacultySenateMembers.aspx.