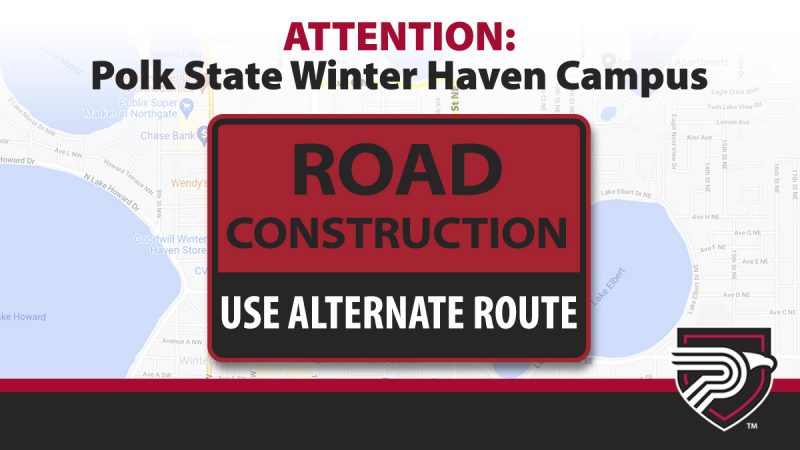 The first phase of the Avenue K Complete Streets Project has been extended for two months.

Polk State Winter Haven Campus will soon have some added curb appeal thanks to this project by the City of Winter Haven and the Florida Department of Transportation which began in September on Avenue K NE between First Street/Lake Silver Drive and East Lake Martha Drive/Fairfax Drive NE. Detours are set up along Avenue O NE and Avenue C NE. Please follow all detour signs to traverse this area safely.

The Avenue K Complete Streets Project is a $1.2 million project, partially funded with a grant from the Florida Department of Transportation, that is part of a larger city initiative to improve roadways while facilitating multi-modal transportation. Completed complete streets projects include 7th Street SW and 3rd Street SW where roadways were redesigned to include stormwater improvements, sidewalks, and bike lanes, allowing the roadways to be used safely by pedestrians, cyclists, and vehicular traffic.

The Avenue K Complete Streets Project will serve as a gateway to the Polk State Winter Haven Campus and will include sidewalks, bike lanes, and drainage improvements. Following the completion of utility work, roadway construction is expected to begin and be completed by the end of the year.

Because of the nature of the work, it is expected that there will be periodic road closures throughout construction. The College communicates updates regarding road closures via www.polk.edu and College emails.