Arts Incubator Series: A Dialogue Session with Camille A. Brown 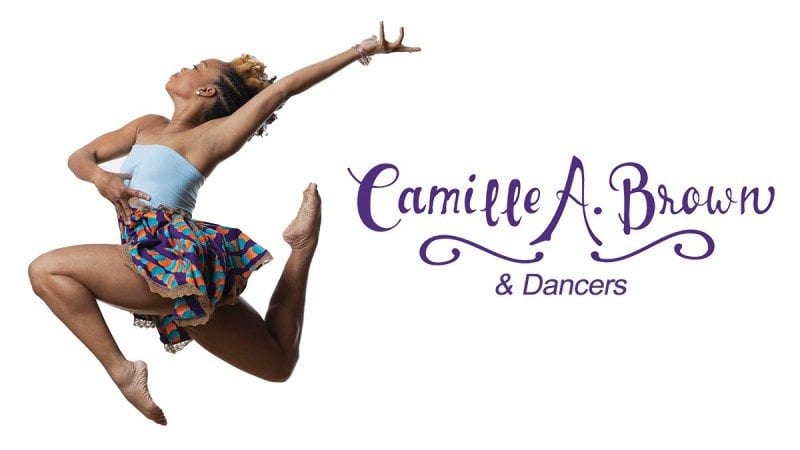 Polk State College will host award-winning choreographer Camille A. Brown for a two-night engagement in February.

“We guarantee that not only will attendees be entertained, they will also be thinking about and discussing the content long after the curtain closes. You do not want to miss the chance to see these shows.”

During Brown’s stop at Polk State College, she and her dancers will perform both “Black Girl” and “Mr. Tol E. RAncE.”

The former is a multimedia work that depicts the complexities of carving out a positive identity as an African-American female in urban America. Black women are often portrayed as strong and resilient, but through “Black Girl,” Brown explores the broader spectrum of black females and how they negotiate themselves in a racially and politically charged world.

According to promotional material provided by Brown, her research for “Black Girl” included workshops and focus groups, as well as interviews with black female inmates to expose the blurred lines of physical and mental incarceration of black women.

The creation and presentation of “Mr. Tol E. RAncE” is supported by the National Endowment for the Arts in cooperation with the New England Foundation for the Arts through the National Dance Project. Major support for the National Dance Project is provided by the Doris Duke Charitable Foundation and the Andrew W. Mellon Foundation, with additional support from the Community Connections Fund of the MetLife Foundation. Support from the NEA provides funding for choreographers in the early stages of their careers. This work was created, in part, during a creative development residency at the Bates Dance Festival and Kinsborough Community College. This work was also funded by the New York State Council on the Arts with the support of Gov. Andrew Cuomo and the New York State Legislature.

Brown studied at the University of North Carolina School for the Arts. Dance companies that have commissioned her works include the Alvin Ailey American Dance Theatre and Ballet Memphis. She and her dancers have performed at major dance venues across the country, and her works have been performed at The Kennedy Center, The Appollo, The Brooklyn Academy of Music, Madison Square Garden, and New York City Center.

Her career highlights include numerous awards and being named choreographer for the Broadway revival of “A Streetcar Named Desire” in 2012.

General admission is free, but VIP reserved seating is $20. Seating will be limited.

Brown’s performances are part of a weeklong residency at the College that will include visiting classes and meeting with students around the county.