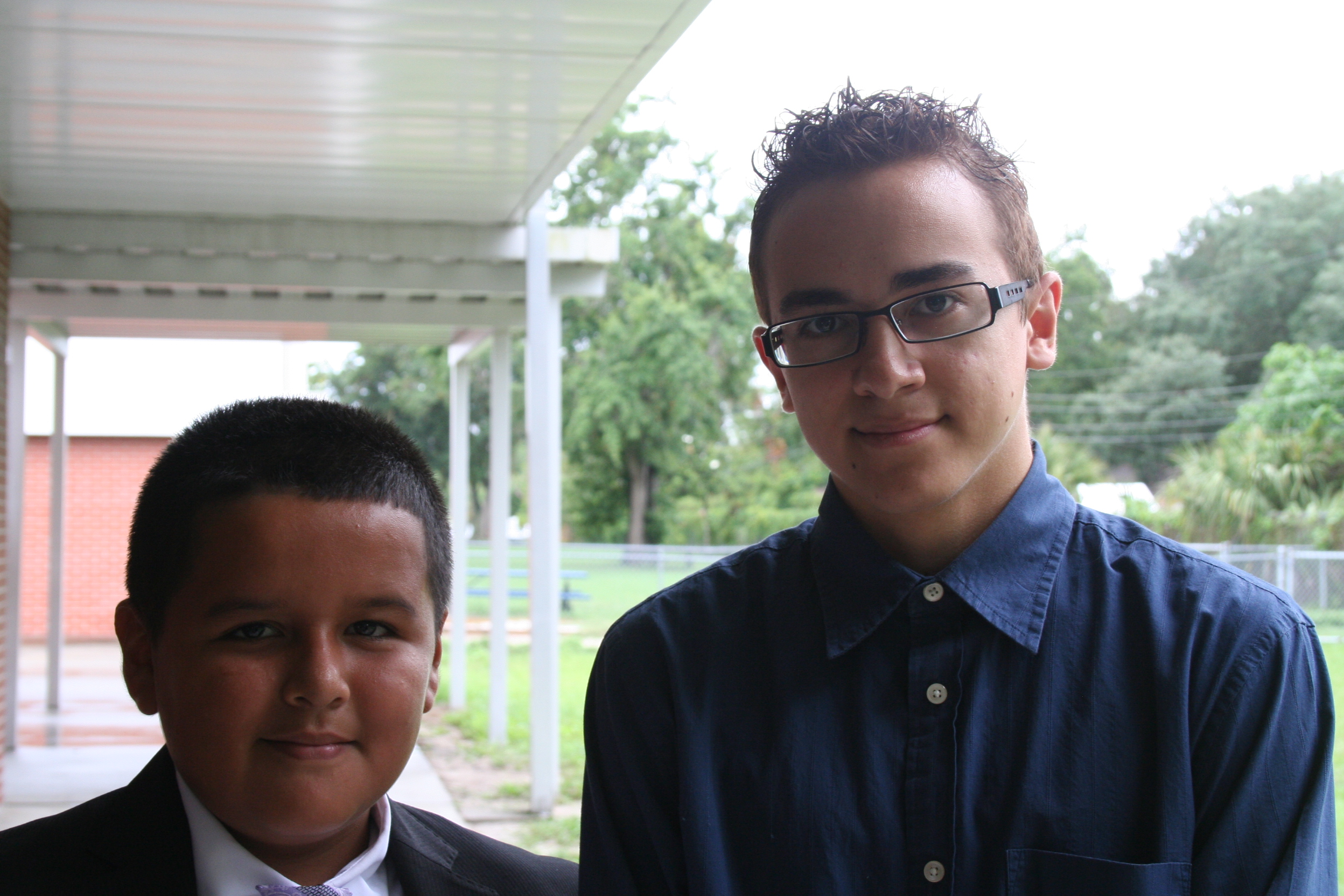 Standing on the stage at Scott Lake Elementary, Chris Gonzalez and Armando Hernandez-Cruz, separated by eight years and in completely different spots in life, seemed to have little in common.

Gonzalez, 19, is entering his second year at Polk State and dreams of becoming an author.

Cruz, 11, is just finishing the fifth grade, likes math, but has no idea what he’ll do when he gets older.

Differences aside, both know how it feels for everything to change in a moment, to suddenly receive a full, two-year scholarship to Polk State College.

When Gonzalez was a fifth-grader at Scott Lake Elementary, he received the Fancelli Family Future Leaders Scholarship to Polk State. On Thursday, he was back at the school to present the same scholarship to Cruz. [ video ]

“I just want to encourage him to stay focused and work hard in school. This is a prize, but the race isn’t done yet,” said Gonzalez.

When he received the scholarship back in 2004, the future that had seemed like it would never come instantly became clearer, Gonzalez said.

“It was a total shock. It helped me become more focused and it was a sense of responsibility. There were expectations for me to fulfill and a future waiting to be taken advantage of,” Gonzalez said.

After he finishes his Associate in Arts degree at Polk, Gonzalez plans to transfer to Florida State University to study creative writing. He aspires to become a science-fiction writer, and has already finished a 400-page novel that he hopes to publish soon.

Without the Fancelli scholarship, he is not sure where he’d be right now.

“My parents don’t make a lot of money and don’t have the resources to send three kids to college. (The Fancelli scholarship) was a pleasant surprise,” Gonzalez said.

Cruz and his family, it was obvious to the crowd on Thursday, certainly feel blessed, too. After Gonzalez announced the award, mother Rosalinda Cruz beamed and wiped her eyes, while Armando seemed a bit stunned.

“It’s good. College was going to be very difficult,” Rosalinda Cruz said through an interpreter shortly after the presentation. 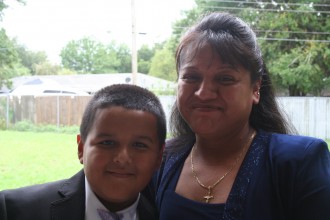 Fifth-grade teachers at Scott Lake selected Armando to receive the award based on his eagerness to learn and the kindness he shows to others every day, said his teacher, Jenn Latham.

“He is one of the most hard-working, excited young men I’ve ever gotten to teach. He will ask for help when he needs it. He doesn’t give up. He’s always asking questions and wanting to know answers. He follows directions and he’s polite and friendly. He’s an all-around great kid.”

Cruz’s award was one of 131 full-ride scholarships presented to area fifth-graders — as well as one sixth-grader — this week, a process that has been an annual tradition for more than 10 years at Polk State.