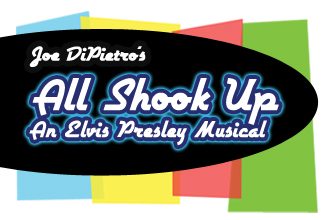 A landmark season for Polk State Theatre comes to its rollicking conclusion in April, with the staging of “All Shook Up,” a romantic musical told through Elvis Presley hits.

It’s a performance that will be fun and lighthearted, but for the actors, also intensely complicated and demanding.

No matter, says Polk State Theatre Professor Paul Carbonell, his students are up to the challenge.

They have been all year.

“Musicals are a monumental effort. There are so many elements involved — the dialogue, the sets, the singing and dancing. In musicals, ‘bigger is better’ is the mantra; everything is spectacle driven,” Carbonell said.

A Season to Remember


Polk State Theatre has enjoyed bustling growth in recent years, including a spike in the number of students applying for scholarships to study with the program; in 2012, 51 students applied, nearly quadruple the number in the year prior.

The new talent the program is attracting, combined with the hiring of new faculty members, positioned Polk State Theatre to launch its most ambitious season ever in fall 2012.

The performances ran the emotional gamut, from Neil Simon’s classic comedy, “Barefoot in the Park,” to the Pulitzer Prize-winning “Anna in the Tropics,” an intimate tale of Cuban cigar-makers whose transition to America is fraught with infidelity and other struggles.

It’s certainly been a season to remember, Carbonell said, even more so because of the growth he’s seen in his student-actors as they met the challenges of each performance.

Take for instance student Austin Thomas, 20, who acted in “Richard III” and “Anna in the Tropics,” and plays the male lead in “All Shook Up.” Thomas said he’s gained added confidence through his experiences with Polk State Theatre this season. He is applying to study in the competitive Cap 21 summer program in New York City and even plans on auditioning for a Broadway play — all thanks in part to what he’s learned at the College.

“Polk State and my professors here have honed my skills. I’ve become a better actor, especially with the physical side of acting, and a better singer,” said Thomas, a resident of Auburndale. “Polk State has honed my skills exponentially since high school.”

Mikayla Duncan, 19, a resident of Lakeland, acted in “Richard III” and plays the female lead in “All Shook Up.” She’s been performing on stage since she was in the seventh grade, but said she’s learned new methods just in the span of the few months she’s been involved with Polk State Theatre.

“At the College, they expect you to know your stuff, to know the play beyond just your part,” she said. “I’ve learned to know the lines of other people in the play and that I have to really get into the emotions of the character. I can’t just memorize the lines.”

Polk State Theatre’s upcoming performance of Joe DiPietro’s “All Shook Up” will test all the newly acquired skills of the student-actors.

The musical, which reviews have described as having Shakespearian overtones, uses Elvis Presley hits such as “Jailhouse Rock” and “Love Me Tender” to tell the story of 10 romantically entangled characters. “All Shook Up” made its Broadway debut in 2005.

Director Mark Hartfield said “All Shook Up” is a particularly exhausting show because of the intensity of its musical numbers.

“There are 30 different songs, so we’re constantly going from one musical number to another with just a few lines in between. That’s a lot. Most musicals don’t have that many songs,” he said. “The challenge becomes how to present so many songs with the same 25 people. It’s a lot of memorizing and learning dances.”

Adding to the challenges is that not all of the performers have had previous singing or dancing experience — but at an open-access institution such as Polk State, auditions are open to anyone who wants the opportunity.

“There are several levels of complexity to this show,” Hartfield said. “We started auditioning in January so we could start right away in February with learning the music, then we move on to adding the staging and the choreography.”

All the previous shows of the season have been excellent preparation for the season-ending musical, Hartfield said. All the hard work, all the lessons learned, all the progress made will culminate in a truly fun show.

“The music of ‘All Shook Up’ is popular and it has a good story. It’s high energy entertainment,” he said.

April 10 is a free preview. All shows are free for Polk State students and employees with College-issued IDs. High school students are also free with school ID. Tickets for the general public are $5. The box office opens 30 minutes prior to each show. Reservations may be made by contacting Sharon Bevis at 863.297.1050 or sbevis@polk.edu.

The cast of “All Shook Up” includes: